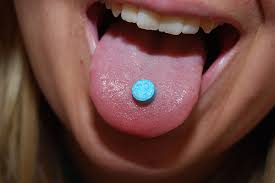 Confession: I crank Miley Cyrus’s new song “We Can’t Stop”, and I’ve been known to sing along with Ke$ha’s “Crazy Kids”.

I don’t actually enjoy either song. I think Ke$ha is wildly overrated and I miss the days of “The Climb” when I didn’t have to tell my eight and five-year-old to turn away from YouTube. Or as my eldest says, “Back when Miley wasn’t crazy.” Exactly.

The issue for me when I hear these artists, is the emulation factor. I work with teens, and as much as they may publically sound like my eight year old decrying Miley’s transformation, privately they take note. Same with Ke$ha’s party-hearty appeal. There is no substance beyond the message that crazy is perfectly fine, admirable, really.

That is why I listen and I watch and I take notes. The culture that plays out on iPhones and computer screens across the globe eventually becomes a filtered version within high schools and the surrounding communities. Sometimes not so filtered. Locally, on the heels of Cory Monteith’s death, we have a heroin problem, and I’ve talked to many educators whose students have been in trouble for “dancing with Molly.”

This is nothing inherently new. Tweens and teens have been copying the age group above them for decades. What is different is the boundaries being pushed, the messages sent, and the risk involved. Then again, possibly I’m wrong and it has always been this way. But I don’t really buy that. We all knew those handful of crazy kids in high school–some may say I was one of them. They don’t exist anymore. Their numbers have swollen as the fringe is being swallowed by the mainstream.

So what does this have to do with YA fiction?

Everything. Especially as it has been under attack for supposedly pimping wild times, as if YA authors are secretly attempting to undermine youth culture. Some believe that kids turn to YA literature as a way to get educated about these topics.

Pause. Think about that for a second. When is the last time you saw a teen reading a book to figure out how to be a bad-ass?

And…Play. Teens do read YA for information, but not in the way being posited. Teens are awash in these images and they turn to YA as a reference for how to handle them, not emulate them.

In a brilliant post by Kelly Jensen, she asks the parallel question to this debate, “Do adults read Gone Girl as a prescription for how to ruin a marriage?” Of course not, you can log on or tune in to almost anything to find an easy answer to that. It doesn’t take much thought.

However, literature does. Reading is hard work, and to fully comprehend the messages, it takes a critical mind and intelligence. The exact opposite of the passivity involved with staring at a screen.

So the next time you find a teen rocking out to whatever the latest craze is, ask what he or she makes of the message. If a response isn’t articulated, take that child to the library or the bookstore and help find something on the YA shelf that will serve as a guide. Because if we don’t, it’s “Always gonna be a uphill battle…” You know how the rest of it goes.

P.S. As I was writing this I came across an article posted yesterday about Miley discussing how her song IS about drugs. Enjoy.

P.P.S. These are the videos for the songs mentioned above. NSFW